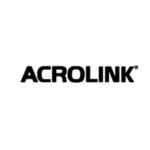 In the off-season of aged analog audio and Toshihide digital audio, the world experienced an unknown and innovative new sound. The minority, “cables change the sound,” has become a clear fact to everyone. That was Acrotech’s 6N (Six Nines) Cu. Even today, there is no official notation for component data, but from the beginning, Acrotech has published it as objective data only by the GD-MS Gas Analysis method. After experiencing 8N Cu as a regular industrial production material that was successfully developed with “I want to hear the sound”, it evolved into “Acro 7N Cu” with a purity of 99.99999% or more and impurities other than copper 0.00001% or less. (= Deepening). High-purity 7N Cu exclusively for audio, in which the crystal grows to several tens of times larger than general pure copper and the direction of the crystal lattice is controlled. It is now the culmination of the Acrolink 4th generation “Leggenda” line. A new coaxial type 7N-A2050 Leggenda was born. The traditional concept from the Acrotech era is to use the exact same “Acro 7N Cu” from entry to high end for the conductor itself through which the music signal passes, while linking the optimum materials for the structure and shield. It is the pride of a qualitative and quantitative leading brand to overcome the barriers of pure audio class and enjoy the best performance.

The new product 7N-A2050 Leggenda is a coaxial type entry model. However, it is a gem with the highest concentration of essence among all models. The conductor is the same DUCC Stressfree 7N Cu as the high-end model, with a diameter of 0.18 mm and 34 wires. A high-grade polyethylene insulator layer with a diameter of 4.8 mm, which is fixed concentrically so that uneven shielding effect does not always occur, is formed, and copper foil tape and horizontal winding 4N5-OFC are wound at high density to form a double shield layer. , Greatly reduces noise from the outside. As a result, the low distortion and flat region of the frequency characteristics is expanded to more than a dozen gigahertz. Improvements in areas above the human audible band have resulted in significant sound quality improvements. “Acro 7N Cu” itself maintains high quality for a long period of time by a strict manufacturing control system such as unique stress-free (special annealing after twisting) processing that maintains the crystalline state. In addition, the RCA pin plug is equipped with a new Acrolink original. Tiruru copper, which has excellent transmission characteristics, is used for the center pin in this class. The structure is also a hollow pipe to further enhance the transmission characteristics. Moreover, direct rhodium plating has been adopted only in the high-end class. In addition, the cover has a composite structure of aluminum and carbon fiber with different vibration modes and a thicker wall to minimize unnecessary vibration, and a protective cover has been created on the cold side. It is a high-quality specification with even higher reliability. The low range with excellent volume and resolution brought out by the know-how of acrolink aging such as the optimization of materials and line spacing, the mid-high range that contributes to the depiction of fine details of musical instruments, and the ability to reproduce a relaxed three-dimensional space are extremely natural. Achieves high speed and dynamic sound quality. It is a “usable” reference cable that shows off its capabilities even with significant upgrades.