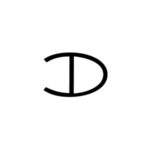 The all new B-410XS is the new entry level CD-player from Densen. It is the first in a strong line of new CD Players, which all combine CD Playback with a input that allows to use the CD Player as DAC.Densen has a strong reputation among audiophiles due to the Densens CD players highly engaging musicality.The task for the Densen development team has been to not only replicate the qualities of the former models, but to make a new generation of CD Players that surpasses the old players in every aspect.The B-410XS is the successor to the B-410+.The design of the B-410XS started when the B-410+ was launched. During the lengthy development phase, a completely new atapi controller was made for control of the CD Drive. Using Densens own software, the controller not only controls the drive, it also controls the complete user interface with remote, and display. The display now matches Densens B-110, B-150, B-250 amplifiers.The CD Drive is modified at the Densen factory with a clockcontroller that allows the motherboard to control the system clock, to avoid jitter by using same clock in both sending and receiving end of the datastream.The powersupply of the B-410XS uses a large custommade toroid transformer, which has 4 individual outputs, so the B-410XS uses 4 individual powersupplies. The B-410XS contains 4 custommade capacitors each of 10.000uF giving a total storage capacity of 40.000uF which would not be out of place in a poweramplifier, but which in a CD player is exceptional.The DAC and analogue board is separated from the main CPU board, and can be upgraded as technology is progressing. Allready from the beginning the B-410XS can be upgraded to the B-420XS and B-440XS players. However, upgrade from B-410 and B-410+ to B-410XS is NOT possible.The DAC is a 24 bit type which is mounted under a shielded box, to avoid digital interference on the analogue stages. Naturally the B-410XS can have the absolute phase of the signal inverted, so even recordings with wrong phase can be played correct so even recordings with wrong phase can be played correct.The analogue stage uses Densen’s unique non feedback class A topology. It is further perfected from the earlier designs, and are one of the key elements that secures the extreme high sound quality of the B-410XS.Soundwise the B-410XS is the result of Densen headhoncho Thomas Sillesens desire to make a CD Player that not only surpasses the excisting Densen models, but a CD player that will be a benchmark for what can be expected from CD players not only at the pricepoint of the B-410XS, but also at pricepoints much higher. The B-410XS is transparent, dynamic, precise, engaging, musically correct, with a precise soundstage, and the ability to create a sound so good you forget you are “just” listening to a CD Player.The B-410XS has double outputs, BNC digital output and Densen’s own Digital output format which allows for easy upgrade to separate DAC and Transport, if Densen decides to launch a separate DAC. The digital outputs can be switched off. It also has DenLink for easy communication between Densen products and for use in multiroom systems.As with all Densen products the keywords for this player are: Life is too short for boring hi-fi.