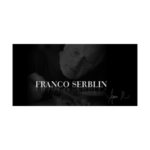 After years of research, the Franco Serblin Accordo Essence is the newest speaker from the Franco Serblin family. The Essence combines a perfect finish in combination with a sublime sound. The Accordo line started with the Franco Serblin Accordoand now expanded with the Essence floor stand. The new loudspeaker is characterized by a rhythm and tonal sound perception that you become directly involved with the music. In the words of Franco Serblin the essence of music. The design of the Franco Serblin Accordo Essence can be seen as an instrument in itself. The special curved design eliminates standing waves in the housing. The housing is handmade by artisans in Italy. The uniquely designed fronts of Franco Serblin ensure that there is no obstruction in the sound and are visually a beautiful finish. The wooden cabinet is located on aluminium feet with the spikes included. In this way, the housing can optimally use the energy without resonating in the floor. The name Accordo comes from the foundations of music, essential for tuning a musical instrument: an agreement. If we consider a large orchestra, a single instrument or a piece of music, without prejudice, an agreement is at the basis of all this. The realization of the loudspeaker involves the tuning and harmonization of the various parts in something unique and expressive: from the drivers to the crossover parts, from the cabinet to the support, the individuality of each element merges into a whole. This offers the listener a sound image or the “quality of illusion”.