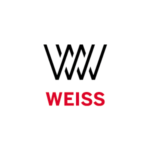 Your favourite D/A converter may not be the latest but you like its sound, appearance and features. So you don’t want to buy another expensive DAC just to connect to a computer. This is where our interfaces come in. The INT202 / INT203 allow any DAC to be connected to a FireWire or Thunderbolt ported computer. This is done, optimally, by slaving to the computer’s internally generated clock with absolute bit transparency.

The INT202/INT203 interfaces are two variants with slightly varying features. Common to both units is that they handle all standard sampling frequencies between 44.1 and 192 kHz.

Both units come in a silver anodized aluminium frame.

The sampling frequency is generated with an internal generator in the INT202/INT203. This makes sure the transfer between computer and D/A Converter is low jitter. The INT203 in addition can be switched to external synchronization via its XLR or RCA AES/EBU inputs. Both units work at all standard sampling frequencies between 44.1 and 192 kHz.

Two Firewire 400 connectors are used to connect the computer. The second socket can be used to daisy-chain other devices on the Firewire bus. It is not possible to connect two computers to the two sockets simultaneously. The INT203 in addition has an XLR and an RCA connector as inputs. Note, a Thunderbolt equipped computer can be easily connected with the help of Apple’s® Thunderbolt to Firewire adapter.

For the INT203 there are one XLR socket and one RCA socket for outputting an AES/EBU signal. The INT202 has two pairs of XLR/RCA sockets, allowing to output AES/EBU in the dual wire format. If the dual wire format is selected it is enabled if the sampling frequency is 176.4 or 192 kHz. All other frequencies stay in single wire format.

There are two switches on the front panel, one for power on/off and another one for switching the transparency checking mode on/off. Then there is the IR receiver, a power on indication LED, the power input socket and two Firewire 400 sockets.

The INT202/INT203 units come with an optional IR remote control. This remote allows to control the volume and the absolute polarity of the signal passing from the computer to the D/A Converter. The signal fed into the INT203 to be recorded on the computer is not affected by the remote control.

Back panel elements from left to right

The back panels differ between the INT202 and INT203 units: The INT202 has two RCA output sockets, one single wire/dual wire mode selection switch and two XLR output sockets.

The INT203 has one RCA output socket, one RCA input socket, a switch to select either the RCA or the XLR input as the sync source, one XLR output socket and finally one XLR inout socket. Note, both RCA and XLR inputs are active, this allows to record four channels via the INT203 and not just two.

Both INT202 and INT203 support bit transparency checking, i.e. by playing specific audio files on the computer (files are supplied on the driver CD) it is possible to test the playback software for bit transparency. This is a check to make sure the bits read from the computer’s hard-disk reach the D/A Converter absolutely unchanged. In addition there is a digital level control with a proper dithering algorithm applied. Plus an absolute polarity inversion feature. The INT203 in addition has a special level control mode in that if there is no Firewire signal connected to the INT203, it feeds the input signal at the RCA or XLR sockets via a level control to the XLR and RCA output sockets. So the INT203 can be used as a simple remote controllable level control between any two digital audio devices.

“It’s easy to install, easy to use and very easy to like. (…) An essential component if you want PC audio to sound its best.”